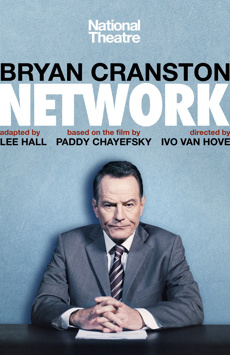 Tony, Olivier, Emmy and Golden Globe-winner Bryan Cranston (Breaking Bad, All The Way) makes his triumphant return to Broadway in the National Theatre’s critically acclaimed production of Network, which opened to rave reviews:

Tony and Olivier Award-winner Ivo van Hove (A View From the Bridge) directs this brilliantly innovative and electrifying production. Ben Brantley of The New York Times raves, “Network thrills. It’s convulsive, immersive and still mad as hell. Network feels as pertinent to our time as its own.”

For 18 weeks only, catch the must-see theatrical event of the season. 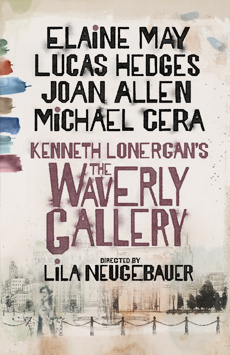 Finalist, The Waverly Gallery made its Broadway premiere to incredible reviews:

The Waverly Gallery is about the final years of a generous, chatty, and feisty grandmother’s final battle against Alzheimer’s disease. Gladys is an old-school lefty and social activist and longtime owner of a small art gallery in Greenwich Village. The play explores her fight to retain her independence and the subsequent effect of her decline on her family, especially her grandson. 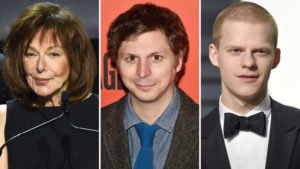 More than a memory play, The Waverly Gallery captures the humor and strength of a family in the face of crisis.
Performances have concluded.
COMPANY IS A FOUR-TIME OLIVIER AWARD WINNER FOR:
Broadway legend Patti LuPone starred in London’s gender-reversed production of Company which received rave reviews: 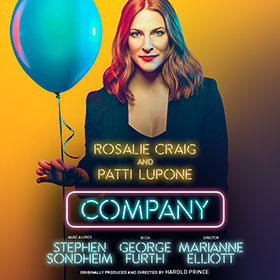 Marianne Elliott directed COMPANY, Stephen Sondheim and George Furth’s legendary musical comedy about life, love and marriage. At Bobbie’s 35th birthday party all her friends are wondering why isn’t she married? Why can’t she find the right man and why can’t she settle down and have a family? Rosalie Craig stars in the central role of ‘Bobbie’ and Patti LuPone plays Joanne in this gender reversed production that has been blessed by Sondheim – the first production to be allowed to change the gender of the characters.

Patti LuPone has played some of musical theatre’s greatest characters, including Fantine in Les Miserables in London and Eva Peron in Evita on Broadway. She has also starred as Norma Desmond in Sunset Boulevard, and in Sondheim’s musicals Gypsy and Sweeney Todd. She most recently starred in War Paint on Broadway, which will close at the end of the year.

Rosalie Craig is known for her work in musical theatre including the world premiere of Tori Amos’s musical The Light Princess at the National Theatre in 2013, for which she was nominated for an Olivier Award. Other credits include City of Angels (Donmar Warehouse), Finding Neverland (Leicester Curve), Ragtime (Regent’s Park Open Air Theatre) and London Road at the National Theatre.
Director Marianne Elliott is perhaps best known for her work at the National Theatre on productions such as War Horse and The Curious Incident of the Dog in the Night-Time, both of which have enjoyed international success. Her final production as an Associate Director at the National was the much-anticipated revival of Angels in America.
The London Production is now closed.
Tootsie is a New York Times Critic’s Pick which tells the story of Michael 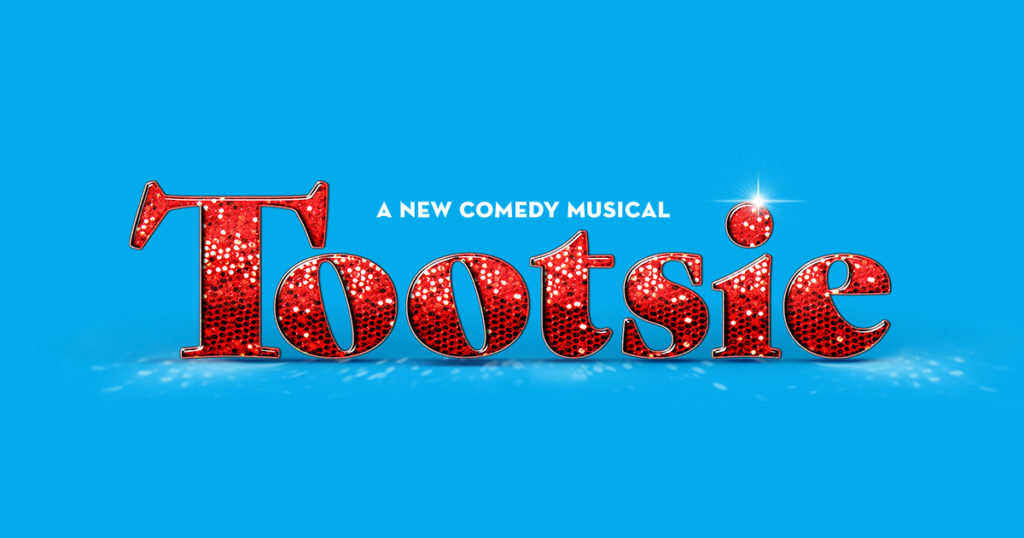 Dorsey, an out-of-work actor willing to do anything for a job — even if it means playing way against type. When he disguises himself as an outspoken actress named Dorothy Michaels, he defies all odds to become a Broadway sensation.
Tootsie received 8 awards including 2 Tony Awards!
TOOTSIE WON 2 TONY AWARDS FOR:
1. Best Book of a Musical: Robert Horn
2. Best Leading Actor in a Musical: Santino Fontana

2. Outstanding Actor in a Musical: Santino Fontana
The musical adaptation of Tootsie made its Broadway debut to RAVE reviews:
TOOTSIE is the story of a talented, but difficult-to-work-with actor who will do anything to land the role of a lifetime.  Starring Santino Fontana

(Cinderella, Frozen), this new production features a score by Tony winner David Yazbek (The Band’s Visit, The Full Monty), a book by Robert Horn (13, Dame Edna Back with a Vengeance), choreography by Tony nominee Denis Jones (Holiday Inn, Honeymoon in Vegas), and direction by eight-time Tony nominee and Olivier Award winner Scott Ellis (She Loves Me, On The Twentieth Century). 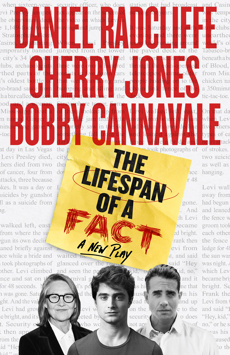 Jeremy Kareken, David Murrell, and Gordon Farrell’s The Lifespan of a Fact, which is based on the essay/book by John D’Agata and Jim Fingal. Check out the rave reviews:
Radcliffe plays Fingal, whose job it is to fact check articles for one of the best magazines in the country. Fingal’s boss, played by Jones, has given him an assignment: Apply his skill to a groundbreaking piece by legendary author John D’Agata, played by Cannavale. And now, Fingal has a huge problem: John made up the majority of his article.
Radcliffe is a three-time Drama Desk nominee for his Broadway performances in Equus, How to Succeed in Business Without Really Trying, and The Cripple of Inishmaan. Jones is a two-time Tony winner for her work in The Heiress and Doubt. Cannavale was Tony-nominated for his roles in Mauritius and The Motherfu**er with the Hat.
Tickets now on sale. Performances at Studio 54, 254 West 54th Street, NYC. For more information and to purchase tickets, please click here.
Based on the novel by Ned Vizzini, Be More Chill is the story of Jeremy 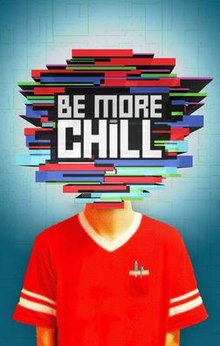 Heere, your average, nothing-special teenager at Middleborough High in nothing-special New Jersey. That is, until the day he finds out about “The Squip.” Thus begins a journey that pits Jeremy’s desire to be popular against his struggle to remain true to his authentic self. Be More Chill received 11 awards!
BE MORE CHILL RECEIVED A LUCILLE LORTEL AWARD FOR:
Outstanding Featured Actor in a Musical: George Salazar

It’s already “one of the most popular new musicals in America,” raves The New York Times. And Forbes declares, “It’s a viral obsession!” Check out the incredible reviews for Be More Chill.

Discover BE MORE CHILL for yourself, and give your life an upgrade. What if popularity came in a pill? Would you take it, no questions asked? In BE MORE CHILL, achieving that elusive “perfect life” is now possible thanks to some mysterious new technology – but it comes at a cost that’s not as easy to swallow. What could possibly go wrong? Blending the contemporary with retro sci-fi, this thrillingly exciting, comically subversive, and deeply felt new musical takes on the competing voices in all of our heads. And ultimately proves, there’s never been a better time in history to be yourself-especially if you’re a loser…geek…or whatever.