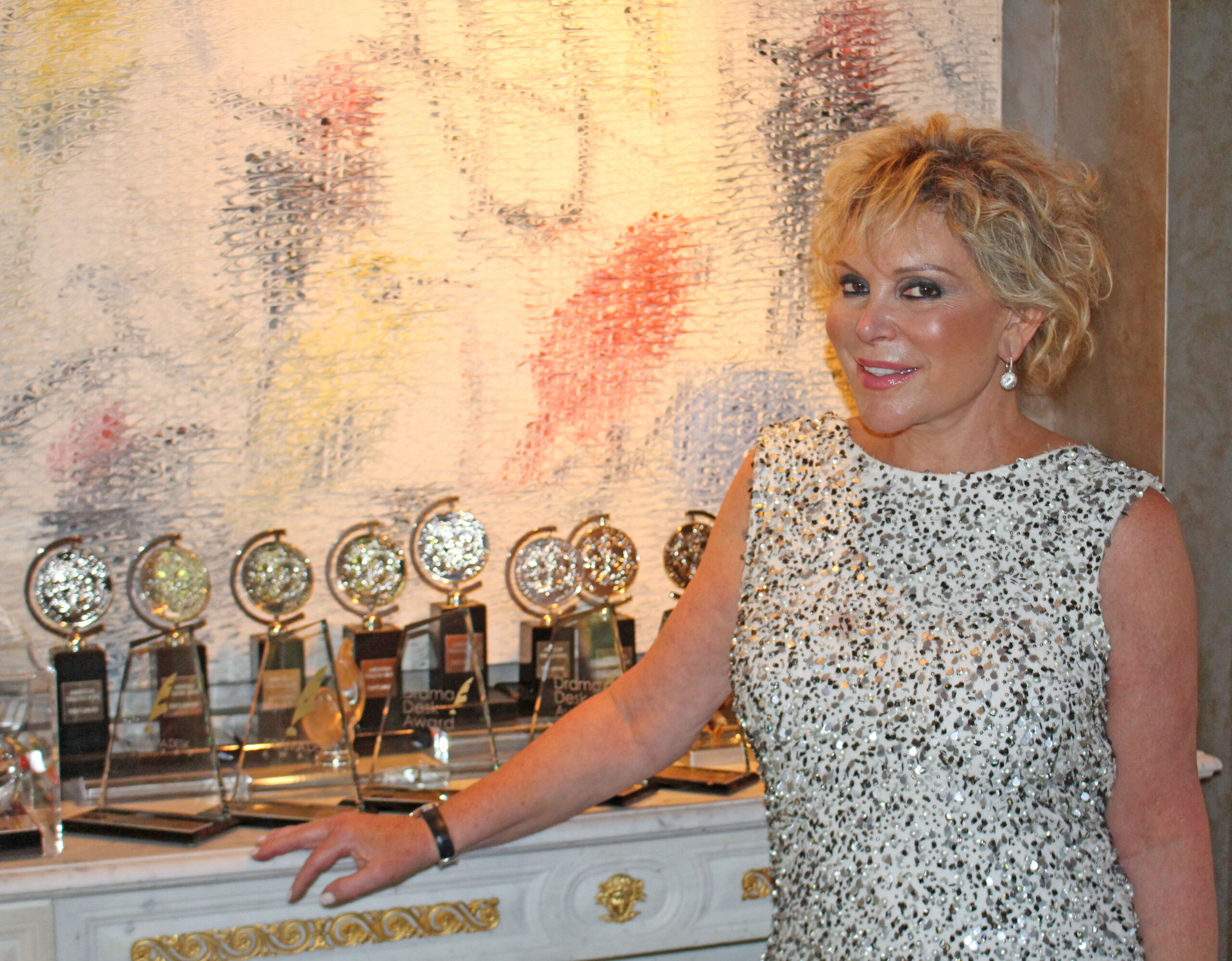 Welcome all Foolish Mortals!
I’m Wendy Federman, and as a multi-awarding winning Broadway theatre producer, I can give you that chance to become a part of the glitz and glamour of the Broadway theatre world. By investing in one of my Broadway shows, you can first-hand, experience the “buzz” of Broadway, and meet the stars of the show at invitation-only events and cast parties. It’s your moment to shine on the red carpet with celebrities of the show’s opening night performance. And it’s an opportunity to network within this world – as a true “Broadway insider,” I will give you a personal introduction to the world of theatre along with all of its benefits.
Keep in mind that investing in a Broadway show is not for everyone. This is a high-risk investment; with theatre especially, there are risks and, potential rewards, both financial and intangible. Yet if you meet regulated financial qualifications, this could be a unique investment opportunity where, depending on how the production deal is structured, your participation could extend way beyond Broadway including such possibilities as touring and overseas productions. These ancillary rights could offer a continuing stream of a return on an investor’s investment. And even better, you will become an integral member of my Broadway family and be a participant in bringing a theatrical work of art to life that will be enjoyed around the world for many years to come.
My "sit down" interview with Sandy Kenyon that ran in 6000 taxis and on TV.
http://7online.com/entertainment/new-jersey-mom-becomes-Broadway-theater-producer/893760/
Biography

Wendy Federman is a thirteen-time Tony Award winning theatre and film producer. She has also received two Olivier Awards, eleven Drama Desk Awards, twenty Outer Critics Circle Awards, and eighteen Drama League Awards for many of her over 90 co-productions. She is also a three-time GLAAD Media Award Winner for her co-productions, The Inheritance, Company, & Thoughts of a Colored Man. It’s no surprise that Wendy became part of the Broadway world as she comes from a family who was firmly entrenched in the theatre and entertainment industry. Her mother and aunt performed on radio, television, movies, and the Broadway stage from the 1930s through the ‘60s, while her uncle, Paul Frees, was the voice of Boris Badanov, the Jolly Green Giant, and the Pillsbury Doughboy. She named her production company in memory of her famous uncle, whose biography was entitled “Welcome, Foolish Mortals.”

Inspired by her family’s colorful history and growing up in a home whose walls echoed the sounds of her mother’s beautiful soprano voice, Wendy began her own theatrical career studying dance, singing, acting, piano, and guitar at a very young age. She dedicates every new production to the memory of her mother. Wendy began her theatrical life intending to be a performer, but she always had an eye for business. While earning a degree in behavioral science and management from New York University, Wendy would work behind the desk at her father’s office. This didn’t stop her from taking acting classes and attending auditions. However, when her father suddenly died at 60, she gave up her theatrical dreams: following the motto, “family first,” she joined her brother to become the third-generation owner and operator of a global floral ribbon manufacturing and importing company.

Wendy successfully ran the company from its NYC headquarters, attended sales conventions, and traveled globally to promote merchandise that appeared on the shelves of the top floral, crafts, and department stores. Through it all, Wendy still found time to keep up with her dance, singing, and acting lessons in order to maintain her connection to the entertainment world. Her years of experience in the business world proved invaluable when she started her career as a theatre producer. Like the ribbon industry, theatre producing is about a great product you believe in, finances in place, costs under control, and reaching your target market in order to achieve maximum sales. Business is business, but there really is nothing like show business! Wendy sold the ribbon business in 1990 to spend more time with her young family. Since then, she has been a biofeedback therapist, operating stress management centers in New Jersey, and is a certified life coach, empowering her clients to achieve their dreams.

Theatre will always be Wendy’s first love, and as luck would have it, the father of a child in her son’s playgroup happened to own two off-Broadway theatres. He realized Wendy’s passion and understanding of the theatre world, eventually asking her to co-produce the National Tour of Legends!, starring Joan Collins and Linda Evans. Since her first Producer credit, Wendy has not stopped producing shows. Today, this Tony Award winner is a fixture amongst the “who’s who” of Broadway insiders. Wendy is constantly attending readings and workshops of new and revival materials while traveling throughout the United States and London to look for that special play or musical that may have Broadway potential. In the little down time she has, Wendy reads through the numerous play submissions that arrive through the mail.

Ultimately, when it comes to Broadway theatre investing, Wendy is as meticulous as she is professional: “You have a fiduciary responsibility to your investors and must be extremely concerned and cautious with people’s money.” No matter what others may say, “the project must mean something to me,” she believes, for “I have to be able to speak passionately about it. We’re asking people to spend money, so we need to be sure the product is as good as it can be.”

Wendy has a tremendous commitment to the theater arts and the generosity of her time is evident in her many philanthropic causes related to her profession. Wendy has served as a guest lecturer for many charitable foundations and spent countless hours throughout her career mentoring aspiring producers, actors, and writers. She has been a continuous source of support and encouragement to interns and creative students of the arts providing advice and guidance, enabling them to begin their own successful careers. When her son was diagnosed with Crohn’s disease, Wendy co-founded a new annual fund-raising event, “Broadway’s Got Guts,” which directly benefits the Crohn’s & Colitis Foundation, a non-profit, volunteer-driven organization dedicated to finding the cures for Crohn’s disease and ulcerative colitis. Wendy has co-chaired the annual “Broadway’s Got Guts” event for the last four years.

Wendy is a proud member of the John F. Kennedy Center’s National Committee for the Performing Arts whose mission is to fulfill President Kennedy’s vision by producing and presenting the greatest examples of music, dance, and theater; supporting artists in the creation of new work; and serving the nation as a leader in arts education.

Wendy was honored to receive the 2020 Award of Excellence from the Capital Speakers Club of Washington, D.C. in recognition of her notable artistic achievements as a nine-time Tony Award-winning theatre producer, for her talent, creativity, and inspiration to women in her field.

Wendy Federman was a 2019 recipient of the Ellis Island Medal of Honor. This annual medal is awarded to 100 Americans whose accomplishments in their field and inspired service to our nation are worthy of commendation. The Ellis Island Medal of Honor recognizes individuals who have made it their mission to share with those less fortunate their wealth of knowledge, indomitable courage, boundless compassion, unique talents, and selfless generosity. They do so while acknowledging their debt to their ethnic heritage as they uphold the ideals and spirit of America.

Wendy serves as an Advisor for unique works of theatrical entertainment including Particle Ink, a new live immersive theater experience utilizing augmented reality (AR), a mixed reality and game-changing technology that alters the physical world you see and experience. Audiences raved about this distinctive storytelling method at the Sundance Film Festival and its content and technology will be featured on the main stage at TED2020. Particle Ink will transform vacant spaces around the globe into encapsulating universes, starting with an 11,000+ square foot building located on 9th Avenue near the theatre district in NYC.

Wendy has served as a trustee on the boards of the following:

Wendy’s years of investing in and producing Broadway shows have allowed her to befriend the biggest stars, producers, and directors on Broadway. For a sampling of “who’s who” in her circle of friends, spend a few minutes looking through her Gallery of Stars. 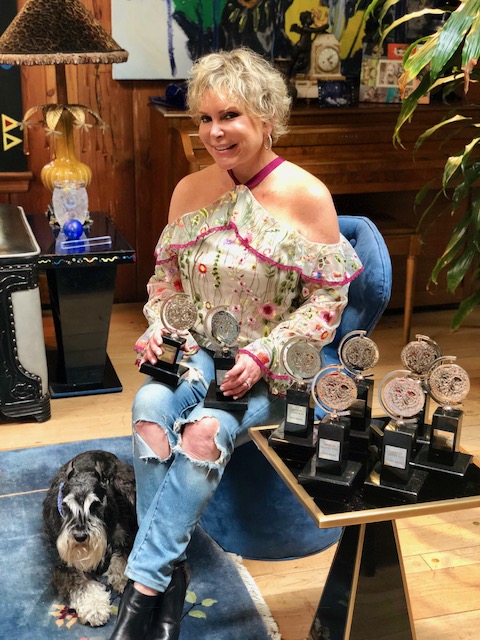