In the summer of 2018, JAGGED LITTLE PILL made its World 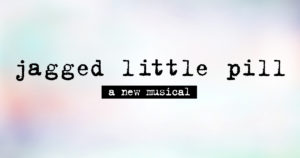 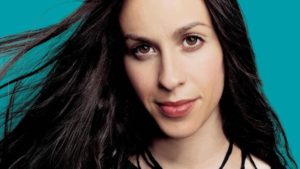 Inspired by the themes and emotions laid bare in Alanis Morissette’s Grammy Award-winning album, Jagged Little Pill is an original story about pain, healing, and empowerment. The Healys appear to be a picture-perfect suburban family-but looks can be deceiving. When the Healys’ lives are disrupted by a series of disturbing events, they must choose between maintaining the status quo or facing harsh truths about themselves, their community, and the world around them.

Including iconic songs “Ironic,” “You Oughta Know,” and “Hand In My Pocket,” Jagged Little Pill incorporates selections from Morissette’s catalogue and new material written for this world-premiere musical directed by Diane Paulus (Waitress, Finding Neverland, Pippin, The Gershwins’ Porgy and Bess) and featuring a book by Academy Award-winning screenwriter Diablo Cody (Juno), music supervision, orchestrations and arrangements by Tom Kitt (Next to Normal), and choreography by Sidi Larbi Cherkaoui (Beyoncé’s 2017 Grammy performance).
Jagged Little Pill will be coming to Broadway in the Fall of 2019. For updates on the show’s future performance schedule and location, please click here. .