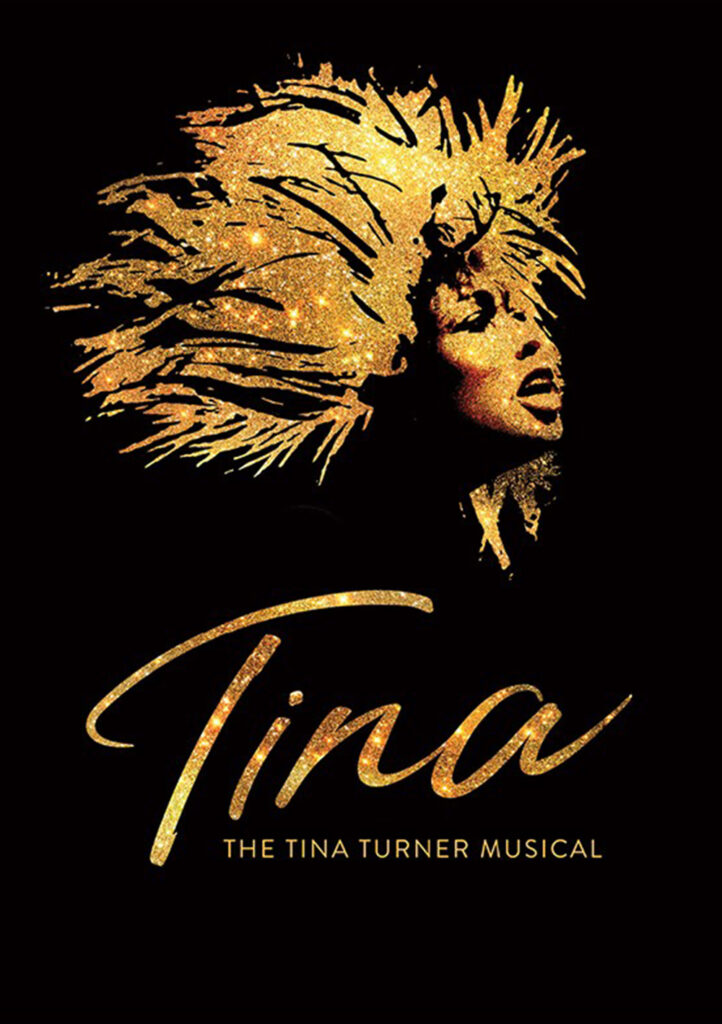 TINA: The Tina Turner Musical is a jukebox musical featuring the music of Tina Turner, and depicting her life from her youth in Nutbush, Tennessee, through her tumultuous relationship with Ike Turner, and comeback as a rock ‘n roll star in her 40s.

From humble beginnings in Nutbush, Tennessee, to her transformation into the global Queen of Rock ‘n’ Roll, Tina Turner didn’t just break the rules, she rewrote them. This new stage musical reveals the untold story of a woman who dared to defy the bounds of her age, gender and race. Featuring her much loved songs, TINA – The Tina Turner Musical is written by Olivier Award-winning playwright Katori Hall and directed by the internationally acclaimed Phyllida Lloyd. Tony Award nominee Adrienne Warren, who played “Tina Turner” in the hit West End production, reprises her critically acclaimed performance on Broadway.

Tina is now on National Tour. For more information and to purchase tickets, please click here.

TINA is the thrilling hit musical that opened on Broadway to RAVE reviews:

“I’VE RARELY HEARD AN AUDIENCE WITH THIS MIGHTY A ROAR! Adrienne Warren rocks the rafters.” The New York Times

“YOU CAN’T GET MUCH BETTER THAN THIS.” NY Post

“A STAR IS BORN!” Rolling Stone

“A CELEBRATION OF TRIUMPH OVER ADVERSITY.” The Guardian

“THE POWERHOUSE VOICE, JACKHAMMER LEGS, AND ABOVE ALL, THE HEART. NOT TO BE MISSED.” Billboard

“UNDENIABLE! SOMETHING EVERYBODY EVERYWHERE SHOULD COME SEE.” New York Magazine