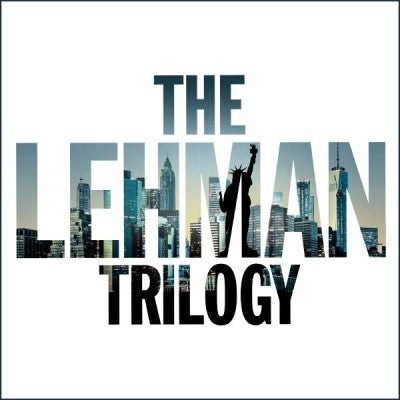 Adapted by Ben Power, The Lehman Trilogy weaves through nearly two centuries of Lehman lineage, following the brothers Mayer, Emanuel and Henry Lehman from their 1844 arrival in New York City to the 2008 collapse of the financial firm bearing their name.

The Lehman Trilogy came to Broadway direct from three sold-out engagements at the National Theatre, the Park Avenue Armory and London’s West End.

Directed by Academy Award®, Tony® and Golden Globe® winner Sam Mendes, The Lehman Trilogy follows three brothers from their arrival in America in search of a new life, to the collapse of the firm they established, to the resulting financial crisis – the largest in history. This is the story of a family and a company that changed the world.

The reviews are incredible! 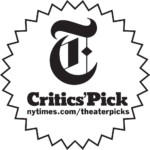 “A GENUINELY EPIC PRODUCTION. BEHOLD IT WITH WONDER. Magnificent. You’re left reeling by the scope and vitality of it all.” The New York Times

“YOU DARE NOT MISS IT. THE MUST-SEE EVENT OF THE YEAR. Do anything you can to get a ticket.” The New York Post

“TRUE BLOCKBUSTER THEATRE THAT WILL HOLD YOU CAPTIVE UNTIL THE FINAL CURTAIN CALL.” Vanity Fair

“YOU SHOULD CRAWL ACROSS BROKEN GLASS TO SEE IT.” The Wall Street Journal