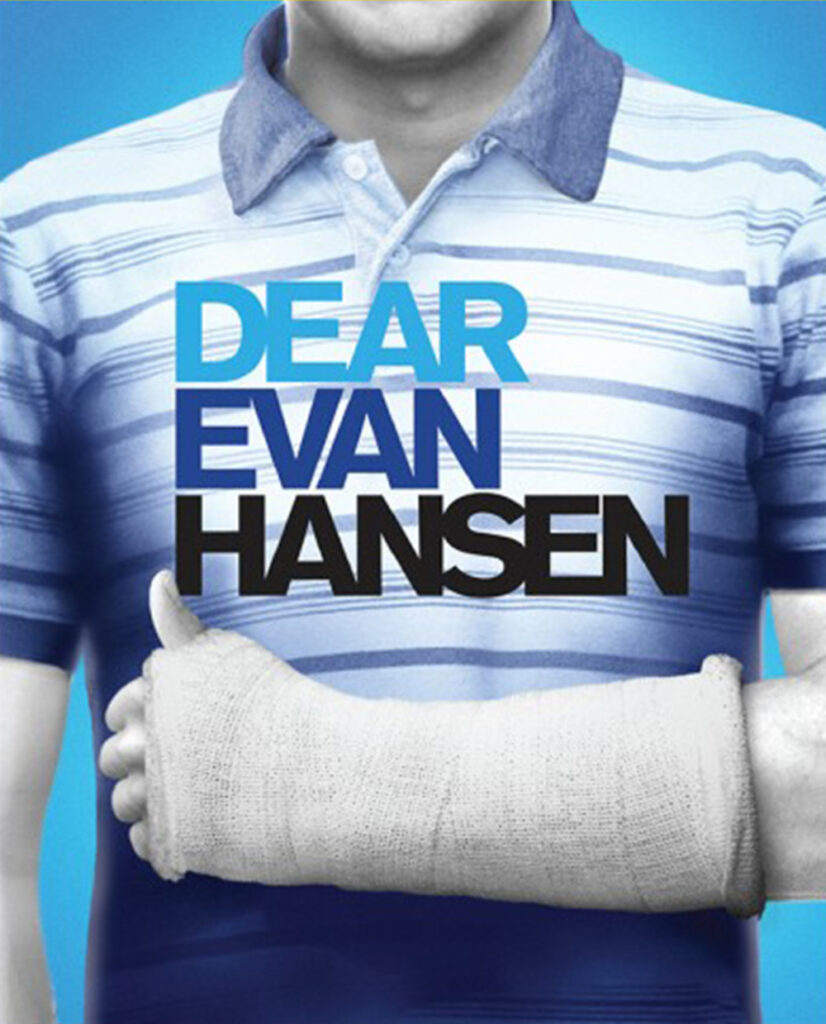 DEAR EVAN HANSEN is a three-time 2020 Olivier Award winner (the British equivalent of the Tony Awards):

Ben Platt made history on May 19, 2017 when he became the youngest actor ever to win the Drama League’s Distinguished Performance Award.

Dear Evan Hansen is a 2017 Lucille Lortel Award Winner For:

For tickets to the North American tour, please click here.

For tickets to the London Production playing at the Noel Coward Theatre, please click here.

“A STAR IS BORN AS THE BROADWAY HIT COMES TO THE UK.” The Telegraph

“THIS SOCIAL OUTCAST WILL STEAL YOUR HEART.” theartsdesk.com

“A GORGEOUS NEW MUSICAL FOR ANYONE WITH A BEATING HEART.” –The New York Times

“A MUSICAL SO FINE IN ITS CRAFT AND RICH IN ITS THEMES, ITS REWARDS BEING SEEN AGAIN AND AGAIN.” –New York Magazine

“A DAZZLING REMINDER OF THE POWER OF LIVE THEATER.” –The New York Daily News

“THAT RARE SHOW THAT CONNECTS AND ENLIGHTENS ALL OF US! AS DEEPLY UNIVERSAL AND UTTERLY COMPELLING AS ANYTHING YOU’RE LIKELY TO SEE ON STAGE.”-NY1

“THE NEXT BIG THING – AN IMPORTANT AND SERIOUSLY DELIGHTFUL ADDITION TO THE 21st CENTURY MUSICAL.” –Newsday